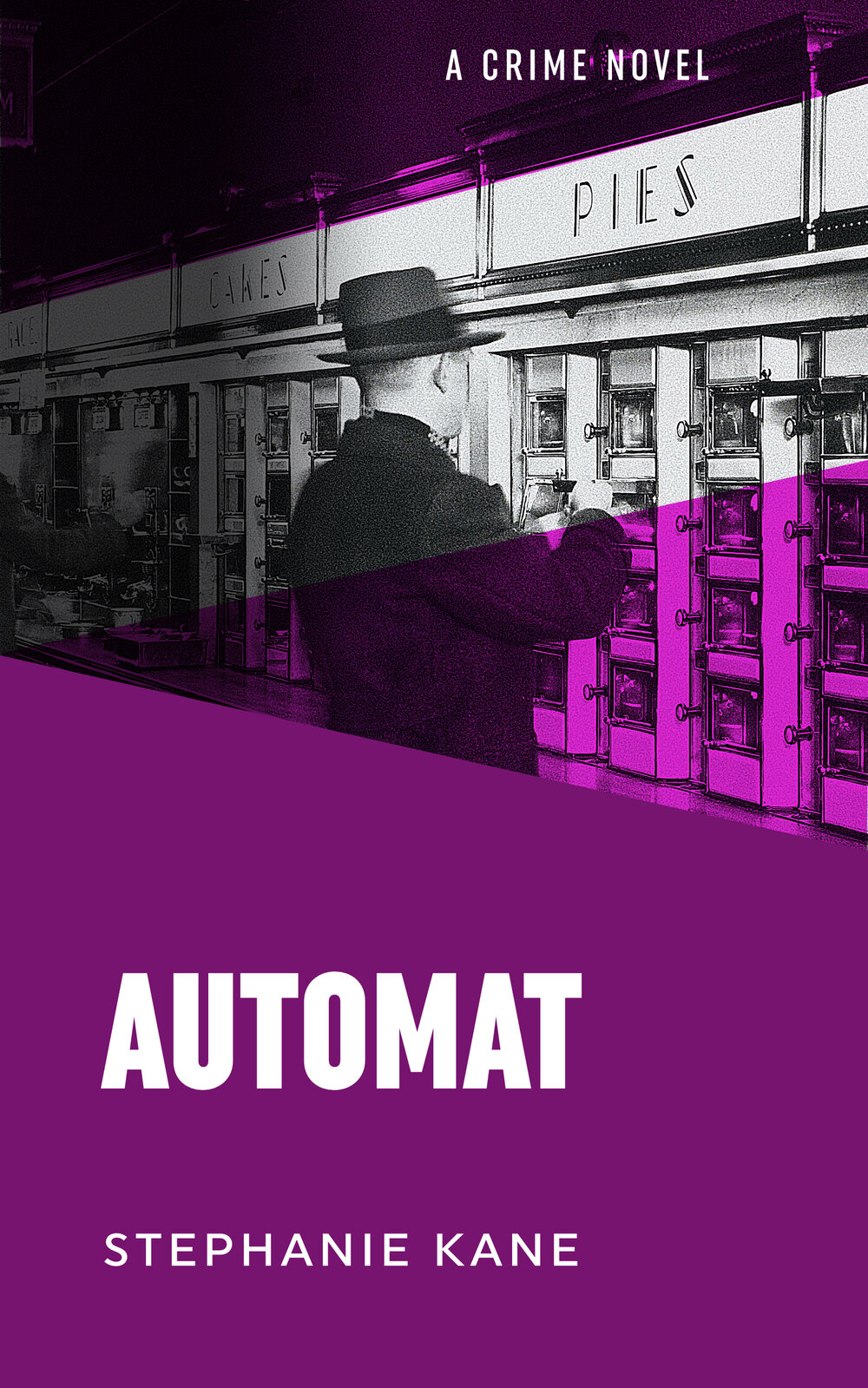 Chapter One:
Offbeat Theater was standing room only this hot June night. In the mezzanine, Denver’s glitterati fanned themselves with their programs, sending patchouli and old money up to the balcony where Lily Sparks, The Denver Art Museum’s Conservator of Paintings, was taking her seat. She helped her mentor, Elena Brandt, remove her cape.“

Yup.” She couldn’t wait for this dog-and-pony show to end. “You’ve done the hard work.” Elena patted her hand. “It’s all over but the shouting.”

Down below, the theater’s artistic director Laird Bennett bounded to the stage. His hair was slicked back in a ponytail and sweat ringed the armpits of his paisley shirt.“

Is the Governor here?” he said.

I hope we’re not waiting for that jackass,” Elena muttered loudly.

A man below them glanced up, but Brandt Fine Art’s proprietress could get away with it.“There’s an open bar later,” Lily assured her.“Thank God it’s one act.”This patrons-only event kicked off the countdown to the museum’s blockbuster Edward Hopper show. Museums could no longer afford to be tombs to dead artists; now they had to entertain and provoke. In a nod to shrinking attention spans, the museum had commissioned Offbeat to promote the exhibition with tonight’s burst of micro-theater. When the swamp cooler finally subsided, Bennett launched in.

“Offbeat Theater and The Denver Art Museum welcome you to a very special performance.” He saluted museum director Michel Roland in the opposite balcony. Sitting with Angela Kurtz, head of The Kurtz Foundation and chairwoman of his Board of Trustees, Michel stiffly nodded back. “For nearly a century, viewers have debated what the lonely young flapper in Edward Hopper’s Automat was thinking as she gazed into her coffee cup. Tonight, when she steps out of the painting and onto the stage, she’ll tell you herself.”

The curtain parted. A spotlight lit a pedestal table where the flapper, in felt cloche, leather gloves and fur-trimmed coat, stared into a diner cup.

Bennett moved to the wings. “What runs through her mind?” he mused. “A faithless lover, her next meal, or—”

“What idiot made her wear gloves and fur in this heat!” Elena called out.

“—does she yearn for something more?”

As the opening bars of Misty played, the flapper raised her cup. Bennett slipped into the seat next to Lily’s, suffusing the balcony with the smell of wine and sweat. On stage the girl coyly extended her leg. A strappy sandal caught the light. Its toe caressed the other leg like a kitten wanting to be fed.

A finger at a time, the girl stripped off one glove, then the other. Bennett gripped the balcony’s rail. Two women in the audience bent their heads together and whispered but were quickly shushed.Off came the girl’s cloche. Blonde hair tumbled down. Defiantly she raised her chin. Her kohl-rimmed eyes burned. She rose and faced the audience with a magnificent contempt.

The stage’s back wall lit red.

The girl tore off her coat.

A spotlight played across her jutting chin, torpedo breasts and muscular thighs. She froze and her sandals flashed. Nude, she strode across the stage like Caesar before the Gauls. A cymbal clashed and she struck a pose. A man in the front row clapped. A woman hesitantly joined in. The applause turned to a drumbeat and whoops, and Michel led a standing ovation.

“That’s not what I imagined Hopper’s girl was thinking.” Lily gathered Elena’s cape and helped her up. “And those shoes weren’t in Automat.”

Patrons mobbed Michel and his entourage in the lobby. Cutting them a wide berth, Lily got Elena a glass of champagne and a cherry tartlet on a diner plate. The quicker they left, the better. For the past six months she’d been on a whirlwind tour around the country with Angela Kurtz assembling Hoppers for the show, and first thing in the morning movers would be at her conservation lab to start transporting them to the exhibition gallery.“

“Getting his kudos backstage.” Elena sniffed. “He and Cam should be ashamed.

“Maddox. The so-called playwright.” Elena gestured at a portly man with a walrus moustache who was chatting up the critic from the alt weekly. A kid dressed in black hovered at their side. “Let’s get out—”

A man next to them made a grand gesture. Lily saw his glass of Cabernet coming her way the moment before it hit. She looked down at the bodice of her new dress. A dark red stain was spreading across its soft white folds. The guy was already disappearing into the crowd. A fitting ending to this lousy evening. “Damn! I’ll never get this out!”

Patrons were three-deep at the bar. Where was the powder room? Coat check, box office… Under the stairs to the balcony was an unmarked door.“I’ll be right back,” she told Elena.Lily made her way to the door and knocked.

No answer. She rattled the knob.The door opened onto an alcove. A halogen spot lit a small table where the flapper, back in her cloche and coat, hunched over her cup. Behind her was a mirror.

“Oh, sorry!” Lily said. “I was looking for the powder room.”

The flapper stared into her cup. Close up, she seemed older than she’d appeared onstage. Her gloved hands rested between the cup and snack plate. Vamping under those hot lights must have been exhausting; was she taking a break before a private after-party? The plate had no fork or crumbs; the lobby’s refreshments must not have made their way in here. And what was she doing in that sweltering coat?

Can you point me to the ladies?” Lily asked.

A curl peeked from under the cloche. There was a bead of moisture at the tip.

The halogen made the fur on the flapper’s collar squirm. A familiar odor wafted up, musty and metallic. Lily touched the girl’s shoulder. Her hand came away wet. The drop from the curl hit the snack plate. Ruby red. She grabbed her chin and the cloche fell away.

The flapper’s face was gray. Her eyes were coals, her flaccid lips the color of a bruise. Even her hair was lifeless, the gold faded to ash. But her collar was alive. Saturated, the fur pulsed and dripped. Red ran from the tips of the bristles down the sleeve and into the cup.This couldn’t be happening again.Lily dropped the girl’s chin, her own fingers tingling from its rubbery flesh. A look at her face confirmed the flapper was no ingenue—early thirties, at least. She closed her eyes, willing the dead woman away. But another image came, one she’d been trying to forget for the better part of a year. Angela Kurtz’s father, George, in the library of his Country Club mansion, his intestines smeared into the celadon-and-gold-leaf wallpaper. She alone had recognized that horror for what it was: a man rendered into an Impressionist painting, the ultimate defiling of humanity and art.

A burst of laughter came from the lobby.

Lily’s eyes jerked open. The flapper was still there. She had a gift. Did she owe it to this poor woman to use it?

She closed the door behind her and latched it.

Steeling herself, she gently raised the flapper’s chin again. A black gash below her ear raced to a viscous hole in her throat, then caromed to the other ear. Skin curled protectively around the hole, trying to close it. Lily’s hand jerked and the dead woman’s head dropped all the way back. The hole gaped like a mouth with jagged teeth.

More laughter came from outside. Louder, closer. She had a minute or two at most…. Art into murder. Was this a crime of opportunity, or was the killer trying to recreate Hopper’s painting and kill the girl in it? Picturing the painting, she stepped back.

In Automat, a glass window reflected the automat’s cold lights and emptiness; here the mirror amplified the queasy intimacy of the solitary figure hunched over her cup. Cup, saucer, snack plate—but in the painting there was an object between the girl and the window, a pop of color on the ledge. A bowl of fruit? The coat and cloche seemed right, but something was off with the gloves. Did Hopper’s girl wear two—or just one? Time ticked and her mind raced.

Canvases were two-dimensional and cropped.

Hopper’s Automat cut off his girl at the legs. Lily peered under the table. The flapper still wore fuck-me’s, but were they the same ones she’d pranced across the stage in? The straps cut into her ankles and her feet were jammed into the toe box.Lily rose and carefully repositioned the flapper’s head to lean over the coffee cup. She returned the cloche to her dulled hair.

Now other eyes could look.