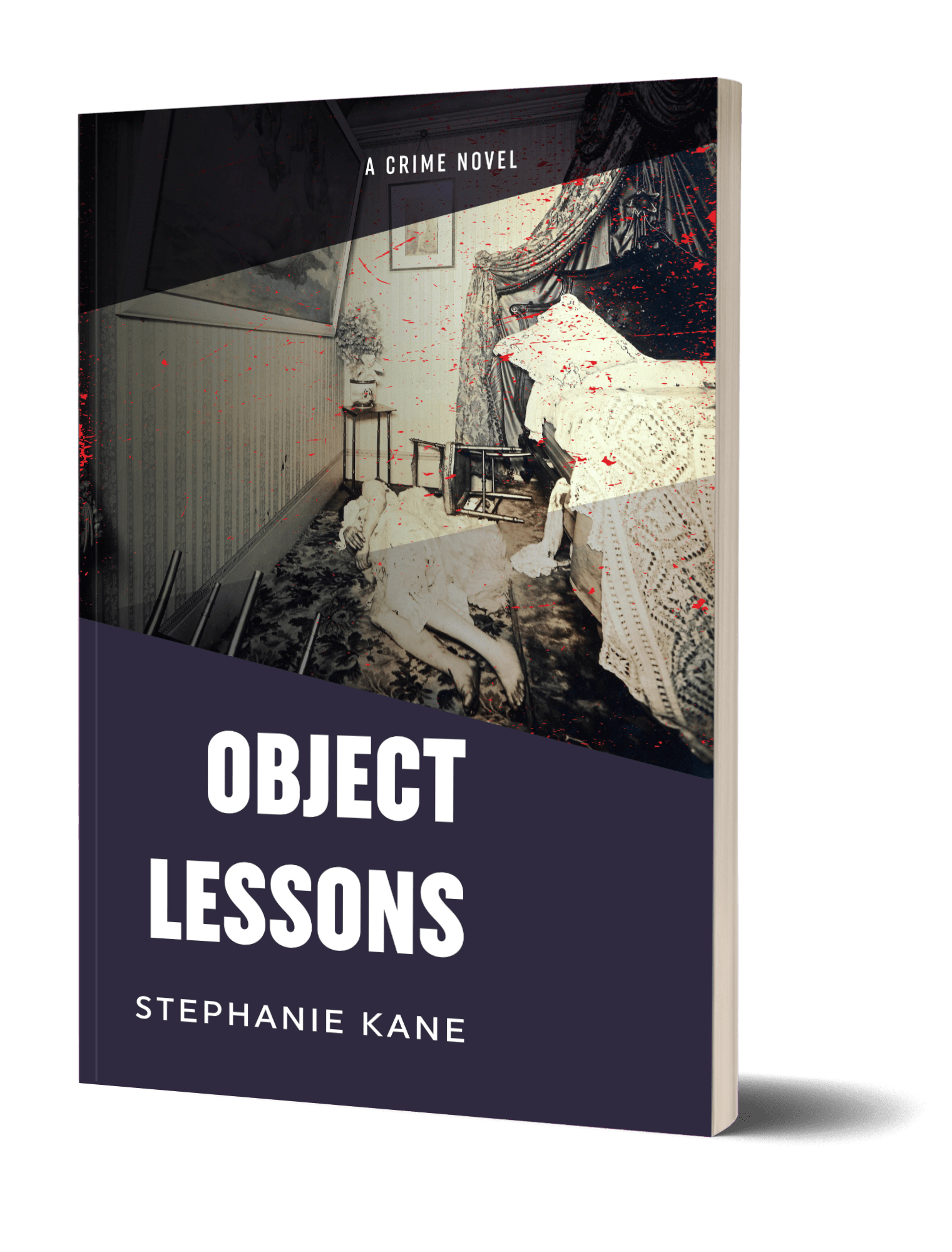 Can little crimes inspire big ones?

When Adam and Eve Castle bring their miniature dioramas to Denver to train cops in crime-scene investigation, a string of baffling murders follows. Called in to solve the crimes depicted in the dioramas, paintings conservator Lily Sparks discerns connections between them and the real murders which draw her into the orbit of a killer intent on going from master of a tiny universe to playing God.Each diorama parallels a real crime. But why is the killer reenacting the diorama murders on a life-sized stage? Are the dioramas roadmaps for the crimes, or are the victims being targeted based on the homes and lifestyles the dioramas represent? To catch the killer, Lily must now embark on a deadly new game of house played by a psychopath’s rules.

"A whodunit that delivers an excellent gallery of characters and captivating historical tidbits."

“Object Lessons” is the third in Kane’s successful Lily Sparks series, and the best so far. Denverites will enjoy Kane’s many references to local restaurants and neighborhoods, and readers in general will be absorbed in this tightly written mystery with all its twists and turns. Kane comes through again with a whodunnit that is a delight to read.” 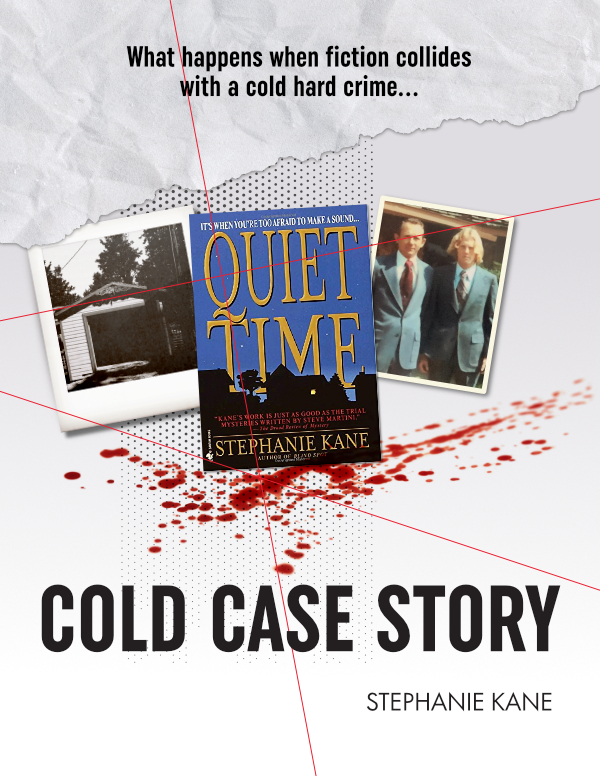 The story behind the story…

COLD CASE STORY is based on a series of blog posts about a 1973 murder in which I played an unwitting part. It’s also the true story behind Quiet Time, my first published mystery novel, which played its own unwitting role in bringing that murder roaring back to life.

“There are many instances in the overall investigation that grip the reader’s imagination and make this follow-up study to the novel compelling. It is Kane’s overriding need to confront the truth that matters. Kane
breathes convincing details into the real-life relatives and other characters whose lives were overturned by the killing.” 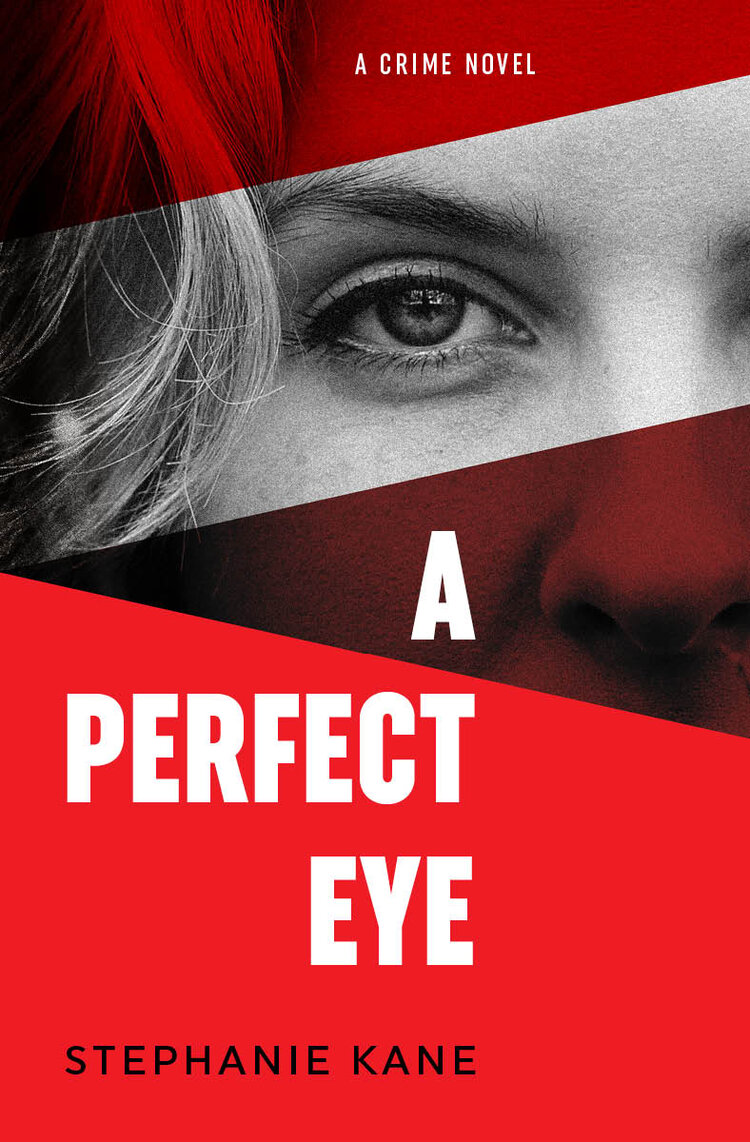 Some are born with a perfect palate, others with perfect pitch. Lily Sparks was born with a perfect eye. As Conservator of Paintings at the Denver Art Museum, she uses her keen visual powers to restore masterpieces and detect what’s authentic and what is not. When the museum’s billionaire benefactor is brutally murdered and Lily is dragged into the case, the grisly tableau stuns her: it’s the human embodiment of the museum’s prized landscape by famed Impressionist Gustave Caillebotte.

“An artistic thriller that will keep readers guessing and please the author’s fans.”

“Denver readers will love this book. The city is on almost every page–the Brown Palace, The Mark Twain apartments, South Broadway antique stores, the Rockies even the Tropics and Tempest Storm. A PERFECT EYE is an absorbing mystery set in familiar territory. A bonus: You learn an awful lot about art restoration.”

“This really is one of those books you can’t put down. It is both an enlightening and wonderfully told inside story of the world of art curators and forgeries and a gripping thriller. You wonder why you didn’t see the ending coming, which is truly the mark of a compelling and skillfully told mystery.” 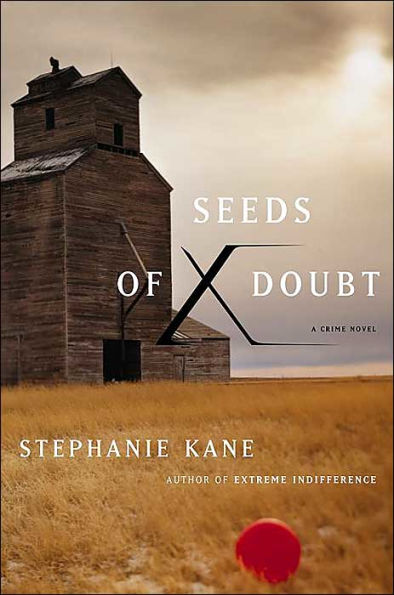 A six-year-old is missing and the city goes on high alert. When his body is found at a local park, suspicion falls on a woman with a notorious past: Rachel Boyd, who was recently paroled after serving thirty years for the murder of a young playmate. Jackie Flowers does more than take Rachel’s case; she brings Rachel into her home. As history threatens to repeat itself, Jackie is forced to confront whether anyone can truly be redeemed.

“Kane deserves to join the ranks of the big-time legal-thriller eagles.”

“Kane’s background as a defense attorney informs the legal thriller backbone of the story, but the exploration of childhood sins, whether monstrous or incidental, gives Seeds of Doubt its emotional heft.”

“One of the outstanding mysteries of the year.”

“A fast-paced, satisfying ride. The novel’s climax is heart-stopping, and its conclusion just right.” 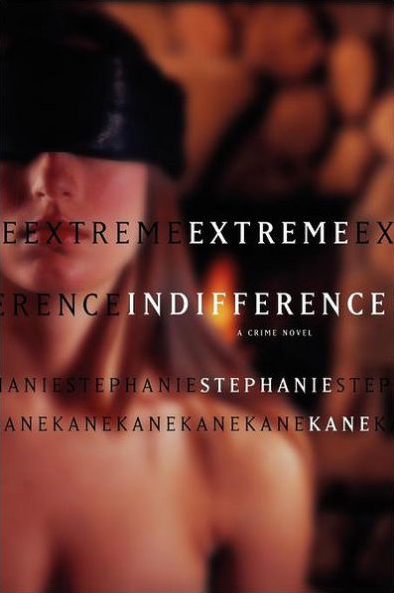 On a snowy roadside just west of Boulder, naked but for a pair of handcuffs and a filthy dog collar, a young woman stumbles out of the wilds on a bitterly cold March night. The girl is Amy Lynch, a university coed last seen at a local bar. It seems the handcuffs, much to the shock of local defense attorney Jackie Flowers, belonged to Jackie’s former law professor, Glenn Ballard—a powerful federal judge possessed of a sterling reputation and boundless political ambition. Before Jackie can even begin to get her head around what’s happened, Ballard has tapped her to lead his defense.

“Sturdy intrigue in and out of court with an especially sharp eye for the riptides of power running just beneath the legal quiddities.”

“Fast-moving and intriguing. Kane knows both her protagonist and the legal terrain well.”

“Tight, well-written thriller with an ending that caught me completely off-balance.” 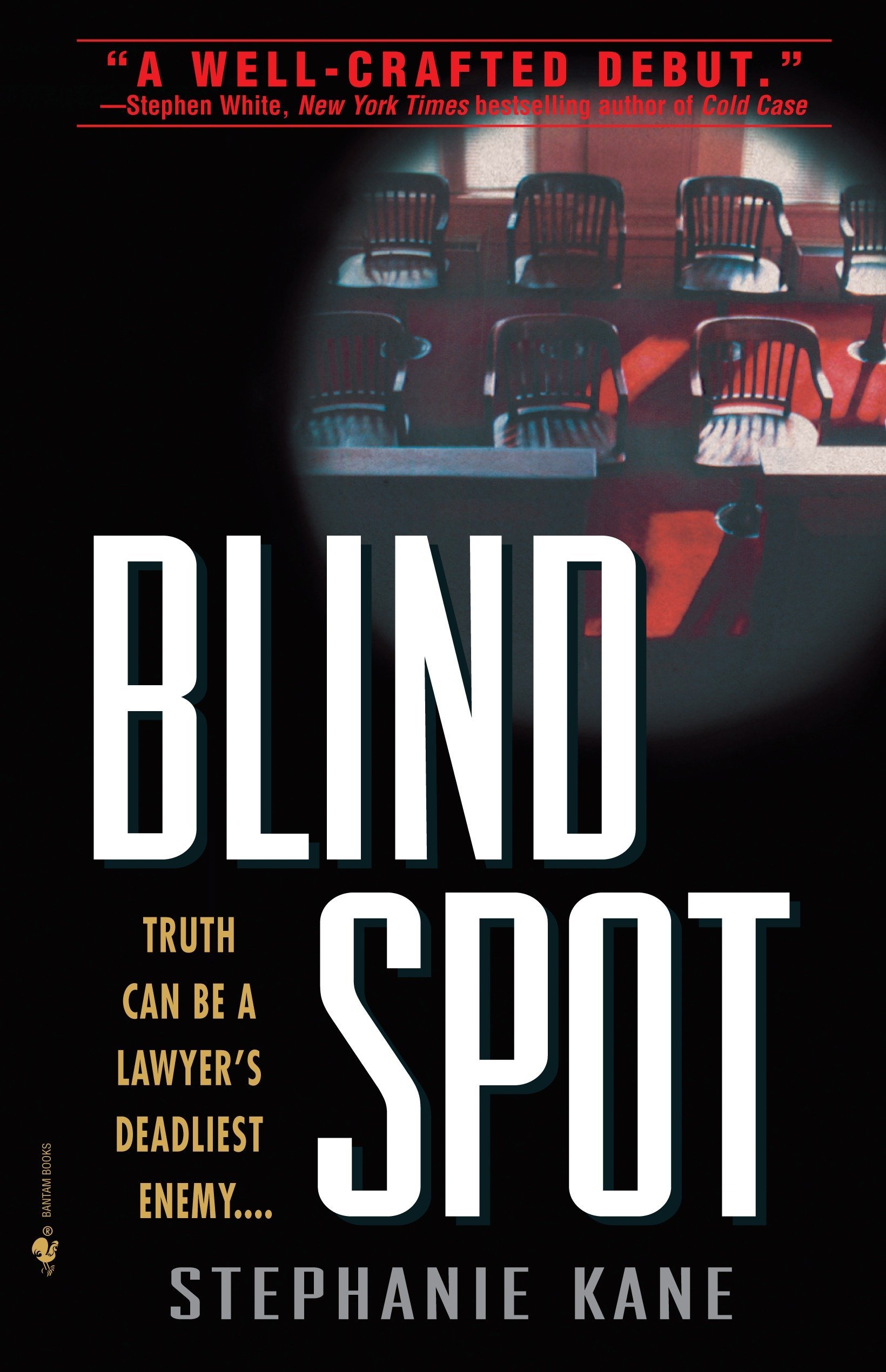 “Riveting stuff. Kane reads like Jane Austen. The truth she finds in the end is both stunning and, in retrospect, entirely obvious.”

“The protagonist of Kane’s debut legal thriller has the makings of becoming the law profession’s answer to Kinsey Milhone.”

“An addictive book that compels the reader to stay up every night pushing toward the conclusion, no matter how late the hour.”

“An intriguing look into the mind of a criminal psychopath” 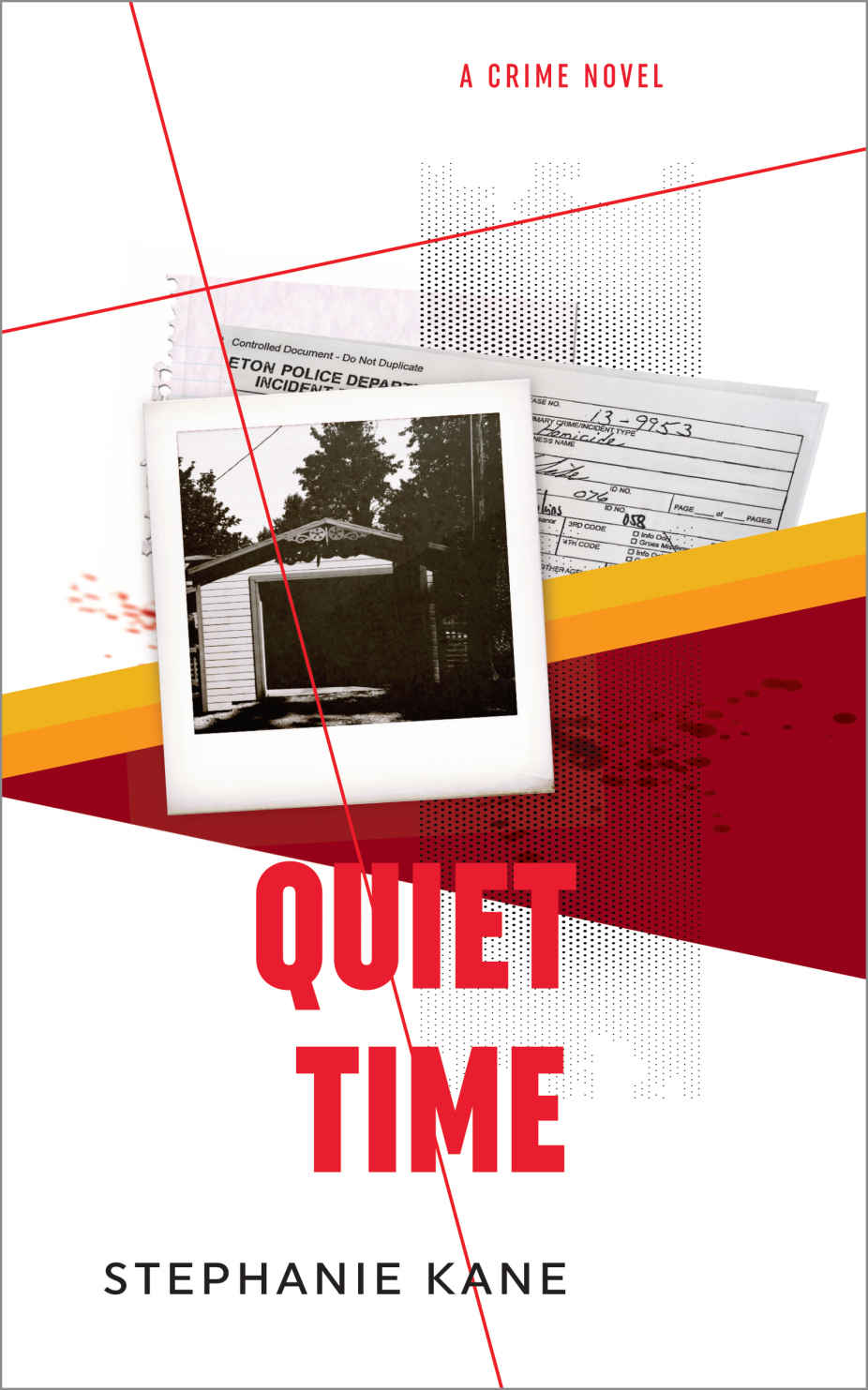 The facade of an all-American family is shattered forever when Peggy Scott is murdered one week before her son's wedding in Quiet Time, a new psychological thriller by Stephanie Kane. A chilling account of secrets and lies handed down from generation to generation.

“Stephanie Kane does it again. Quiet Time keeps your mind thinking and your heart racing – What a great read!”

“Life’s greatest dramas play out in family life. The end is riveting and a surprise—but that’s what Kane is all about.”

“Stephanie Kane is a terrific storyteller who knows how to grab the attention of the audience and keeps it.”